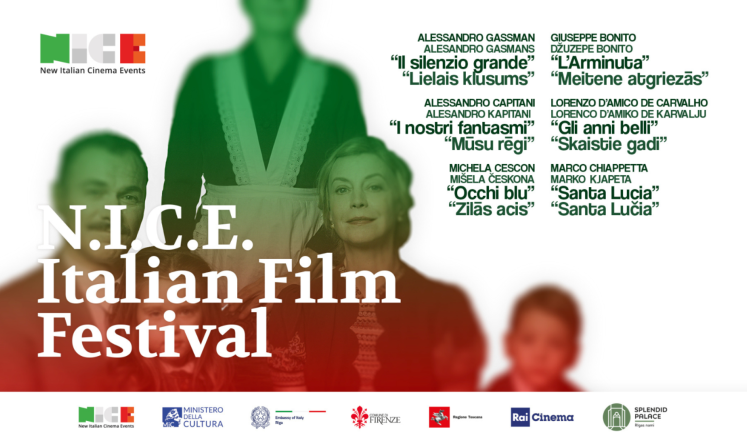 From December 6 to 8, in cooperation with the Italian Embassy in Latvia and N.I.C.E. New Italian Cinema festival, the New Italian Film festival will take place in Latvia for the first time, giving the audience the opportunity to watch six films by young Italian directors.

SYNOPSIS
Villa Primic, once a luxurious home, now a creaky mansion straight out of a ghost story, has been put up for sale. A painful decision, taken by Mrs Primic, Rose, and reluctantly shared by the two heirs to the Primic's dilapidated fortune, Massimiliano and Adele. The only member of the family who is not at all happy with the decision is the head of the household, Valerio, who will thus discover that he has never really known his loved ones and, perhaps, not even himself, to the point of reaching the grudging awareness that living is not the same thing as being alive.

BIOGRAPHY
Alessandro Gassmann, actor, director and screenwriter, is one of the most beloved and acclaimed figures on the Italian film scene today. Esteemed by critics and audiences alike, he has received numerous awards and honours, including: the David di Donatello, the Silver Ribbon, the Globo d'Oro, and the Ciak d'Oro, for Best Actor. Gassmann is also an influential public figure who regularly speaks out on a number of social, political and environmental issues. After taking part in the Venice International Film Festival countless times, he returns to the Lido with his third film as a director, Il silenzio grande, based on the play of the same name written by Maurizio De Giovanni, which Gassmann also directed for the stage.

SYNOPSIS
For fear that the social workers will take his son away from him, a father decides to hide with his son in the attic and live like ghosts, terrorizing the families that come one after the other in the apartment below.

BIOGRAPHY
Alessandro Capitani (Orbetello, 1980) He made his debut in the world of cinema as an independent author. He graduated from the Experimental Center of Cinematography of Rome and in 2013, with the short film La legge di Jennifer, he won the Cinemaster at the Nastri d’Argento. In 2016 he was awarded the David di Donatello for best short film with Bellissima. Director and author of very successful TV programs. Traveling with Adele is his first feature film.

SYNOPSIS
The police is hunting a thief who manages to fade after every robbery. He robbed 33 times in three months. In order to solve this case, the commissioner of investigation seeks the help of a colleague from over the Alps, called “The French”, who is famous for solving many complex cases but since his daughter’s death at 13 he hasn’t managed to find the man who killed her.

BIOGRAPHY
Michela Cescon (Treviso, 1971) She studied at Teatro Stabile in Turin and debuted in cinema in 1994. In 2004 she plays the role of Sonia in the film Primo amore by Matteo Garrone. As actress she has done more than twenty films, among which Vincere by Marco Bellocchio (2009), Piazza Fontana, The Italian Conspiracy by Marco Tullio Giordana,
(2012), Viva la libertà by Roberto Andò (2013), Piuma by Roan Johnson (2016), Nome di donna by Marco Tullio Giordana (2018), Loro by Paolo Sorrentino (2018). In 2021 Michela Cescon directs her first feature film, Occhi Blu.

SYNOPSIS
August, 1975. A thirteen years-old girl is returned to the family she didn’t know she belonged to. Suddenly she loses everything from her previous life: a comfortable house, an exclusive love being the only-child, and she finds herself in a stranger world lightly touched by progress, and being obliged to share the space of a little and dark home with other five brothers.

BIOGRAPHY
Giuseppe Bonito, (Polla 1974) after having worked for a long time as co-director, debuted in 2012 with the movie Pulce non c’è, jury’s special award at Festival di Roma - Alice nella Città. Bonito has been candidate to Nastri D’Argento as best debuting film director.
In 2020 he has directed the movie Figli - written by Mattia Torre - with the actors Valerio Mastandrea and Paola Cortellesi, Nastro d’Argento as best comedy and Nastro D’Argento for the best interpretation to Valerio Mastandrea and Paola Cortellesi. L’Arminuta is his third film.

SYNOPSIS
It’s the summer of 1994. A new government recently came to power: Elena is seventeen years old, she loves Nirvana and she can’t wait to see the government fall. On the horizon the usual camping holiday with her parents is looming, but this one is going to be different from all the other ones, heartbreak healed with huge ice cream, bonfires on the beach, revelations and waterspouts.

SYNOPSIS
After living in Argentina for 40 years, Roberto, an author who has gone blind, returns to Naples when his mother dies. With his brother Lorenzo, a musician manqué, he takes a trip through his memories in the city of his childhood, which he can no longer see but only perceive through his remaining senses, his memories, and his imagination, in search of the tragic reason behind his departure.

Films will be shown in Italian with simultaneous translation into Latvian.

Films are screened with the support of the Italian Embassy in Latvia and N.I.C.E.  Italian Film festival support. 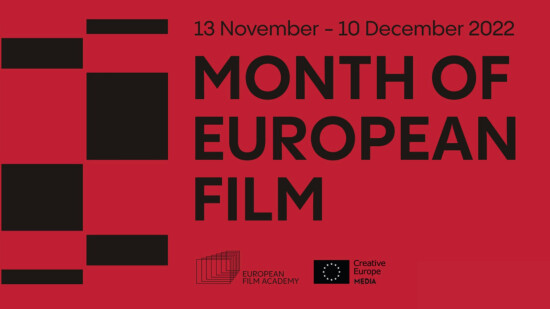 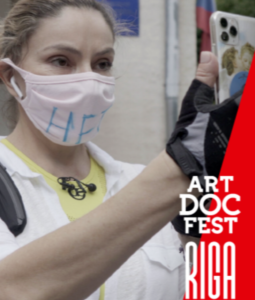 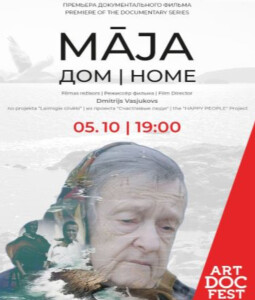 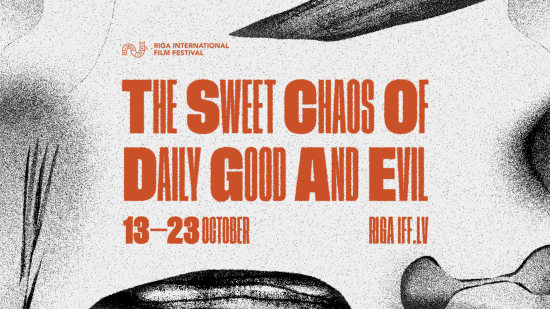