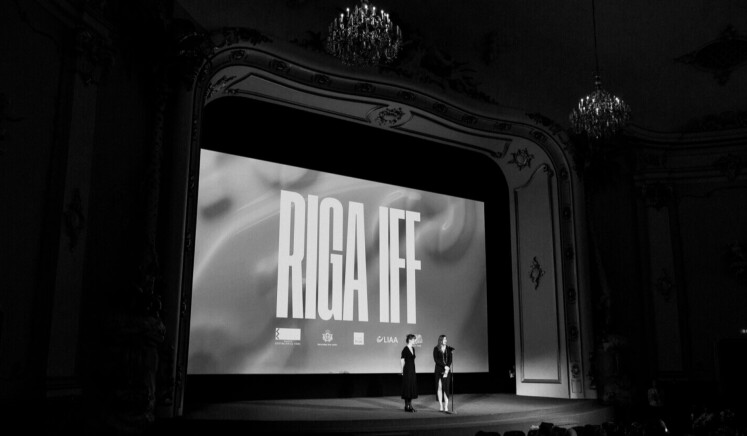 Visitors will have the opportunity to enjoy films that have played at prestigious international film festivals, get acquainted with expressive and bold viewpoints from the Baltic Sea region and the Nordic countries, as well as experience strong directorial debuts and long-awaited domestic films. Tickets for all RIGA IFF screenings can be purchased as of today – screenings will be taking place both in cinemas and online this year in response to the ongoing health crisis in the world.

This year’s festival will open with a unique experience – the cine-concert Where is the Truth?! that will be available for viewing world-wide. At the event, the recently restored Where is the Truth?!, which is the oldest surviving feature film made on Latvian territory, will be accompanied by original music composed by Artūrs Liepiņš and Jēkabs Nīmanis. It will be possible to attend the cine-concert in person as well, but tickets are limited.

The 13 carefully curated films screening in FESTIVAL SELECTION can be described as the cream of the crop. One of the section’s standouts is DAU. Natasha that premiered at the 2020 Berlin International Film Festival. The film is one of the works produced as part of the 12-year-long DAU project at Europe’s largest film set and caused a scandal both because of its scope and ethical duality. The festival will also feature The Book of Vision produced by the legendary Terrence Malick – a glorious reflection on time, illness and death, in which a surreal, fantastic costume drama intertwines with an intense story about a woman’s struggle. Agnieszka Holland, a favourite among cinéastes, participates in this section with Charlatan – a story about Jan Mikolašek, a controversial personality in Czech history. Mikolašek was a healer and herbalist who could count representatives of two authoritarian states among his “patients”. Rare Beasts, the directorial debut of popular actress Billie Piper, asks questions about the relentless, but ultimately hollow, struggle for eternal satisfaction and happiness.

This year, eight works from the Baltic Sea region and the Nordic countries will compete for the main prize in RIGA IFF Feature Film Competition. Yevgeni Pashkevich’s What Silent Gerda Knows will have its national premiere in competition – it is an absurdly tragicomic story about a frenzy at a boarding house caused by its residents and the summer heat starring a selection of outstanding Latvian actors and brilliant talents from the neighbouring countries. Ivan I. Tverdovsky’s The Conference takes a closer look at a tragic chapter in Russian history – the terrorist attack at the Dubrovka Theater in Moscow on October 23, 2002, where almost a thousand people were captured during the musical Nord-Ost and held hostage for three days. The drama tells the story of Natalia, a woman who escaped, but lost her son. The film asks how you can endure family hatred and the scars created by incomprehensibly cruel situations.

FOUND IN BERLINALE is a section created in cooperation with the Goethe Institute in Riga. The films featured here are a selection from Germany’s largest film event – the Berlin International Film Festival. The festival not only defines the strength and scope of the German film industry, but also identifies new trends and debuts bright talents to the world. The section opens on 20 October with Undine, a love story by Christian Petzold. The film, which is based on a folk tale, is about a water nymph, an industrial diver and a once divided city merging into one. Highly anticipated, one of the most talked about films from the previous Berlinale is also part of this section – the over three-hour-long, monumental Berlin, Alexanderplatz.

The section NORDIC HIGHLIGHTS features the most outstanding films from the Nordic countries. The section covers everything from a review of the history of Swedish cinema seen through the work of outstanding female directors – Girl in Tails and Loving Couples – to a reflection on contemporary society through several documentaries – Photographer of War, The Raft, and the unusual, deeply personal film essay Själö – Island of Souls. The section’s opening film will be the film The Garden by Icelandic director Ragnar Bragason (Children, Parents, Metalhead), a black comedy with a toxic mother-son relationship at the center that delivers a witty criticism of legislative excess.

This year, the section HOME MADE, which usually focuses on the international achievements of Latvian production studios, features several prominent Lithuanian films: In the Dusk, by well-known Lithuanian film director Šarunas Bartas that was included in the official competition of this year’s Cannes Film Festival; director Ignas Jonynas’ (The Gambler) latest film Invisible; Motherland, by Tomas Vengris, touches on a topic that the director is no stranger to himself having grown up in a Lithuanian immigrant family in the United States – a young woman returns to newly independent Lithuania with her teenage son hoping to privatise the estate that belonged to her parents who were deported and died in exile.

The first weekend of RIGA IFF is traditionally dedicated to families and children with the KIDS WEEKEND section. International films that the whole family can enjoy together will be available online, as well the latest instalments in the beloved animated series about the Shammies.

For the third year in a row the architectural film program ARCHITECT’S CUT will take place in cooperation with the National Library of Latvia. This year the programme was created by a guest curator – the social anthropologist and urban planner Viesturs Celmiņš.

As usual, the SHORT RIGA section will provide a broad and innovative overview of the cinema landscape by presenting gems from various international short film festivals, bold new local shorts, as well as artistically innovative music videos. The 41 shorts in the lineup will not only compete for the title of Best Short Film in the international and national SHORT RIGA competition, but as of this year, RIGA IFF joins 24 other festivals that can nominate films for the prestigious European Short Film category of the European Film Academy Awards. The competitions will feature 7 world- and 9 national premieres. The FESTIVAL DARLINGS section, dedicated to the most popular shorts from 2019 and 2020, includes the films The Fall and Nimic by world-renowned directors Jonathan Glazer and Yorgos Lanthimos.

The section IN KINO VERITAS, curated by director Pēteris Krilovs, will offer an insight of one of the most significant movements in cinema history – the Czech New Wave. The section will feature Juraj Herz’s darkly ironic The Cremator and Milos Forman’s social satire The Firemen’s Ball. A screening of Jan Nemec’s Diamonds of the Night will be a special highlight. Newly restored, the film will appear on the silver screen in Latvia for the first time.

The festival will also feature an extensive online program for industry professionals featuring educational and inspirational lectures and a 28-hour hackathon. At the conclusion of RIGA IFF, the winners of the feature film, short film and music video competitions will be awarded.

RIGA IFF is organised with the support of the State Culture Capital Foundation of Latvia, the European Commission’s Creative Europe MEDIA programme, the National Film Centre and Riga City Council. 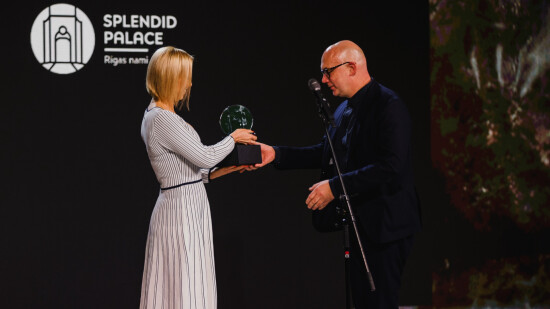 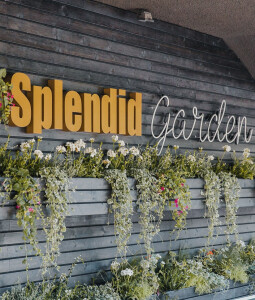 Starting from June 11, cinema devotees will have the opportunity to enjoy the atmosphere of the Splendid Garden cinema terrace at 61 Elizabetes Street. 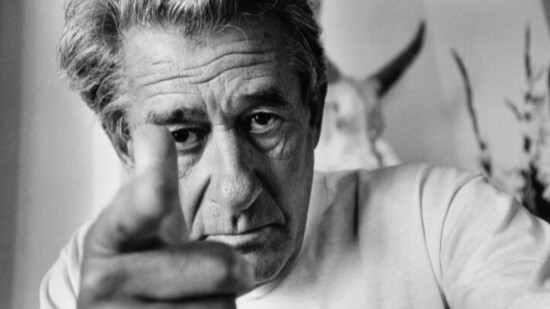 We are closed due to Covid-19 restrictions until further notice.

We are postponing all the planned cinema repertoire screenings as well as scheduled private screenings and cinema tours. 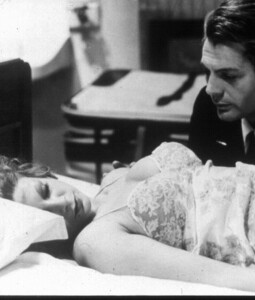 The culmination of celebration of Federico Fellini’s centenary at the cinema Splendid Palace will take place on 17 December 2020 with a screening of the legend of cinema history, the film “8 1/2”. 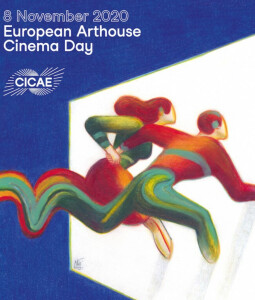 To celebrate the diversity of national European films, European Art Cinema Day will be celebrated worldwide on 8 November 2020. The „Splendid Palace” movie theatre will also show arthouse films on this day!

Starting from June 11, cinema devotees will have the opportunity to enjoy the atmosphere of the Splendid Garden cinema terrace at 61 Elizabetes Street.

We are closed due to Covid-19 restrictions until further notice.

We are postponing all the planned cinema repertoire screenings as well as scheduled private screenings and cinema tours.

The culmination of celebration of Federico Fellini’s centenary at the cinema Splendid Palace will take place on 17 December 2020 with a screening of the legend of cinema history, the film “8 1/2”.

To celebrate the diversity of national European films, European Art Cinema Day will be celebrated worldwide on 8 November 2020. The „Splendid Palace” movie theatre will also show arthouse films on this day!